Skip to content
0 comments on “MIDI Designer Pro 2.9 is a huge update and is worth checking out”

The truly flexible swiss army knife of MIDI on iOS gets another excellent update in version 2.9. Here’s what’s new in MDP2.9:

2.9 is a major release focusing on panels, smaller new features and fixes. 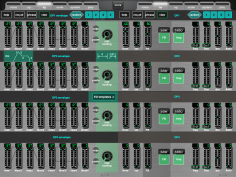 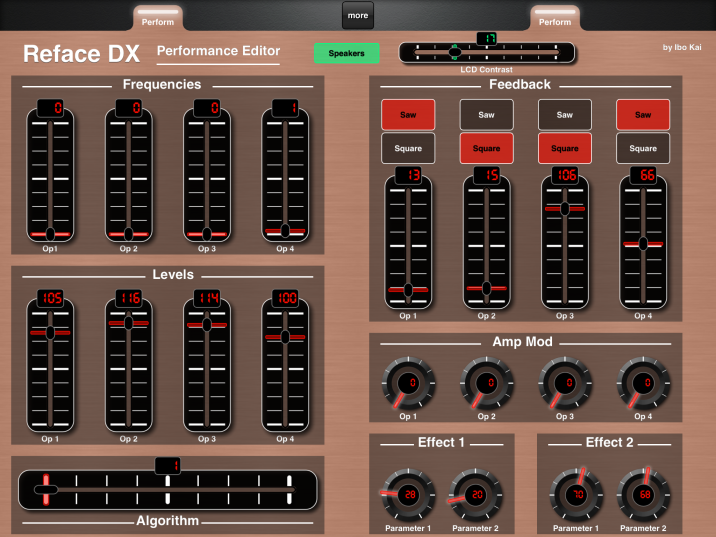 Well we always knew that Confusion Studios were pretty cool, but after the amazing work they’ve done with MIDI Designer Pro they’ve done it again with two new stand along controllers for the Yamaha Reface DX.

Here’s all the details you need …

Confusion Studios Announces Dedicated MIDI Controllers for the Yamaha Reface DX for iPad. Two new, standalone iPad editions of the award-winning professional MIDI controller platform bring MIDI control to the Reface DX, both of which will be available for download from the Apple App Store on Wednesday, March 1, 2017.

MDDX1 and MDDX2
Both of the new apps are MIDI controllers for the Yamaha Reface DX. Yamaha released the Reface DX – a portable, FM-synthesis-based keyboard – in 2015 to critical acclaim. Each of the new apps is based on a user-created layout for MIDI Designer Pro 2; each has a unique approach to controlling the Reface DX.

The Editor: MDDX1 by Helfried
MDDX1: Voice Editor for Reface DX by Helfried highlights this users-author’s eye for design, a deep attention to detail, and a desire to push the underlying platform – MIDI Designer Pro 2 – to do new things. It allows for control of every parameter on the Reface DX and provides surprising new control vistas. The App extends the reface DX’s interface, providing a much-needed algorithms display, Master Tune, Transpose, Randomize and other new sections.

MDDX1 will run on any iPad with iOS 9.3 or better, and will be available on March 1, 2017 for download for $9.99. The app purchase may be applied towards a bundle purchase including MIDI Designer Pro 2.

Performance Tool: MDDX2 by Ibo Kai
MDDX2: Performance Tool for Reface DX by Ibo Kai is an additional, performance- focused interface for the Reface DX. As the author of the layout puts it, “This layout is pretty simple, just one page shows all the available functions. It is mainly what you find in the ‘FM’ keypad of the synth: frequencies, levels and feedback settings separately per operator plus the algorithm select.” In addition, Ibo Kai added an Amp Mode section. This auxiliary controller for the Reface DX is intended for live and studio performance, where a full-blown editor is not practical.

MDDX2 will run on any iPad with iOS 9.3 or better, and will be available on March 1, 2017 for download for $3.99. The app purchase may be applied towards a bundle purchase including MIDI Designer Pro 2.

MIDI Designer Author and Confusion Studios CEO Dan Rosenstark notes, “Both editors show the layout authors – Helfried and Ibo Kai – flexing design muscle and pushing the MIDI Designer platform to work in new ways. Each is a dedicated tool for working with the Reface DX and each provides a surprising and useful new interface for this small keyboard. Additionally, both provide new users with an entry point into the MIDI Designer platform at a low price.”

Like Loading...
0 comments on “MIDI Designer Pro 2.5 is another massive step forward for the excellent MIDI interface creator”

If you use MIDI then you need to use MIDI Designer Pro, and if you’re not then you should check it out as soon as possible. Version 2.5 is another big step forward for MIDI Designer Pro. But you’d expect nothing less from this app and its excellent developer. Here’s what they say about version 2.5:

MIDI Designer Pro 2 v2.5 is a heavy upgrade, providing more flexibility for your rig design. The app is light and blazing fast, as always, whether you’re designing your first rig or you’re a veteran onstage touring act.

Lots and lots and lots of code changed in the upgrade to iOS 10 (Swift 3 and Xcode 8). See something, say something! Please report all bugs to wtf [at] mididesigner.com