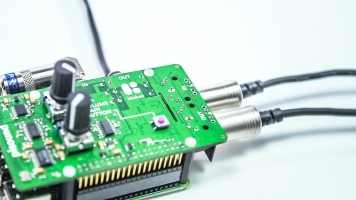 That didn’t take long at all. pisound has reached 81% of its target funding on its first day. If you haven’t already checked it out on Indiegogo then here’s the link. I think it’s a very fitting end to Pi day.

Like Loading...
0 comments on “Remember what I was saying about the Raspberry Pi, well now there’s this …”

I posted just the other day about the musical possibilities of the Raspberry Pi. Now there’s this, a 6 in and 8 out sound card for the Pi. This is pretty big stuff. Pretty amazing actually. Here’s the detail:

“We bring to you the audio card (for the Raspberry Pi) which seemed impossible, but now it is done! Push your projects further into un-trodden territory – further then others have gone before.

Whilst this gadget works with the Raspberry Pi, it represents an innovation in the realm of embedded systems. The innovation is at a hardware level, in audio signalling, giving us the ability to retrofit these systems with more then their typically quoted two channels of audio in and out.

This sound card features crystal clear 8 channel output audio, with 6 channels of input audio. Unlike other multichannel solutions, this surround hat only uses the GPIO I2S bus for audio. It doesn’t use USB nor does it use HDMI.

The sound card is designed to be customisable. You can design your own break out to suit your needs. The break out headers will have a KiCad project available to aid your designs.

Our previous kickstarter success was delivered on time, working and with support. Support this campaign which builds on the same foundation.”

So it’s really worth taking a look at the Kickstarter page to see what’s what. I’m fairly sure I’m going to be a backer on this one.

One thing I’m not clear on is how this works with Tracktion’s new WaveForm multitrack software for Raspberry Pi. I’d be interested to understand how that works. 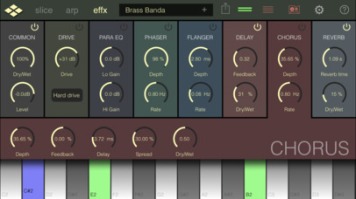 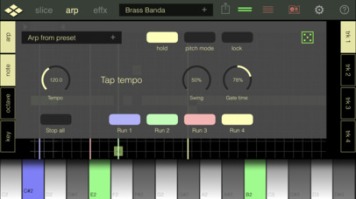 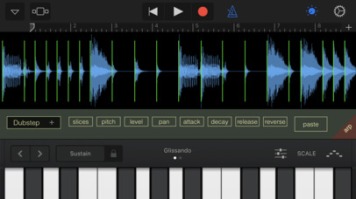 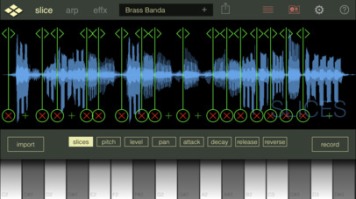 The next thing from VirSyn is a very cool looking audio slicing machine that’s universal and comes with loads of features. Here’s what VirSyn have to say about it …

Slice your audio samples with ReSlice and create flexible musical atoms which can be triggered by MIDI notes or the touch of your fingers.

The polyrhythm Arpeggiator redefines the art of creating new loops from the extracted slices.

Record live or import audio from clipboard or AudioShare to break it up into its rhythmic components.

Apply the intelligent slice parameter and Arpeggio randomizer for instant creation of the unheard.

ReSlice is on the app store for $9.99 which is introductory price: 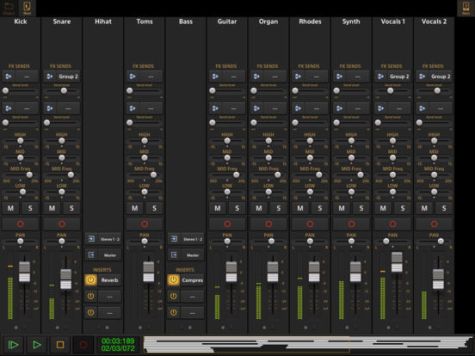 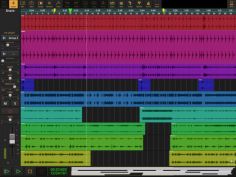 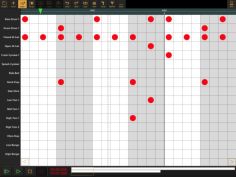 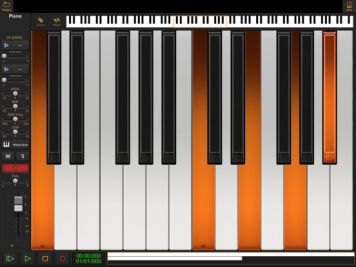 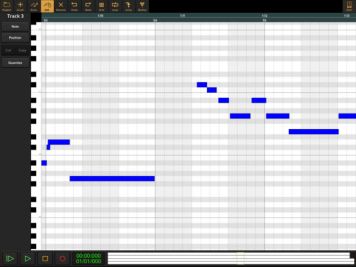 After being very sucessful on Android Audio Evolution Mobile comes to iOS with an impressive range of features.

Record your ideas on the go or create entire music productions from scratch, we’ll leave it up to you! This app is a portable multitrack audio and MIDI recording studio featuring virtual instruments, editing with unlimited undo/redo, mixing, real-time effects, automation and much more!

Note that this is our initial release and we’d appreciate any feedback or bug reports! We are highly responsive to customer feedback.

In short: a complete portable multitrack music studio that will replace your fourtrack recorder or tape machine!

The following in-app purchases are available to expand your studio:

Audio Evolution Mobile Studio is free on the app store (with IAPs): 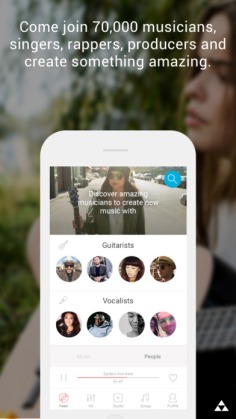 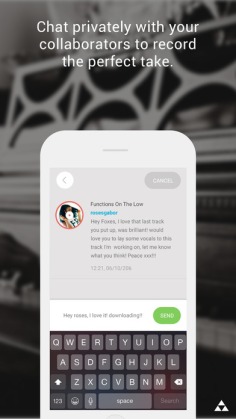 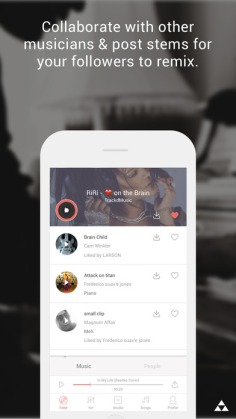 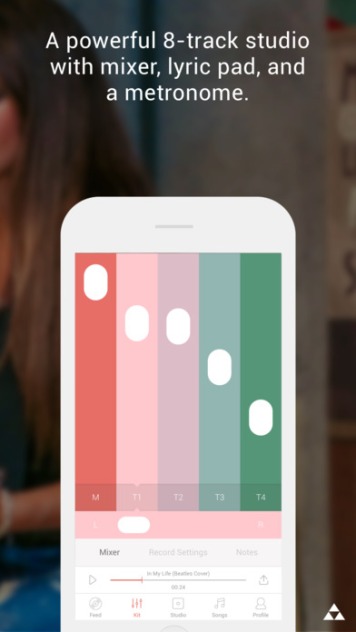 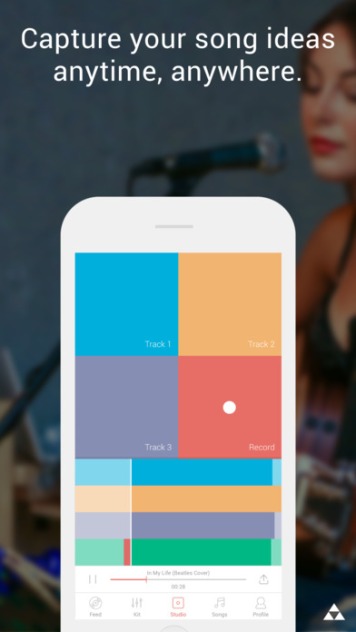 I’ve mentioned Trackd before, so if you don’t know what it is then take a look at this post. In short Trackd is a collaborative 8 track studio in your iPhone. There’s a great history behind the people from Trackd.

In 1968, British brothers Norman and Barry Sheffield opened Trident Studios at St. Anne’s Court, Soho. The studio was always at the pinnacle of recording tech and very soon attracted the big-hitting stars of the time. You know, artists like The Beatles, David Bowie, The Rolling Stones, Queen & Elton John to drop but a few names.

What the original studio stood for and achieved inspired us to do something that matters to music. Trackd was born at SXSW a couple of years ago in a fateful meeting over a taco, and we carry the heart and soul of the original studio with us into today’s musical universe.

Trackd is just over a year old now, and has started to do some really interesting things, for instance their ‘Songs of the Centenary’ project, which you can read about here, and download the stems here. Engaging projects like this can help to bring new ideas together and get people using accessible technologies like Trackd to realise their own artistic vision.

I first found out about Trackd at one of the Music Tech Pitch events that I help to run. Trackd really stood out for me as an app and an idea that could bring musicians together and help people to collaborate and communicate around musical ideas. That view hasn’t changed at all.

So if you don’t know Trackd I’d encourage you to take a look and see what it can do, and who it can help you talk to. The app is free on the app store with IAPs. 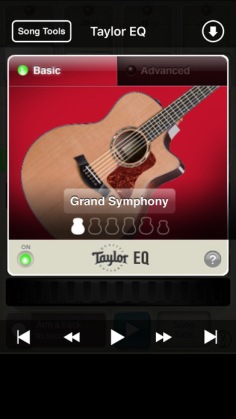 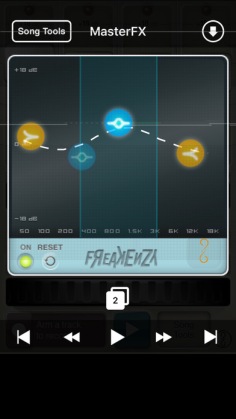 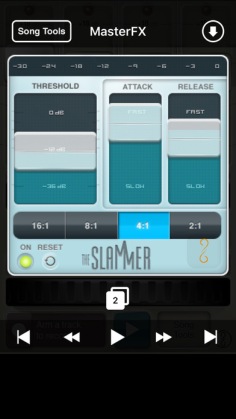 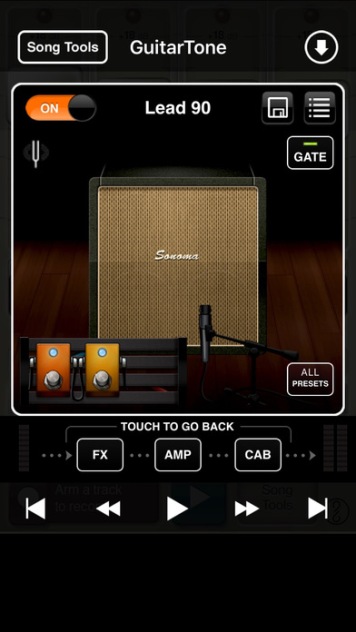 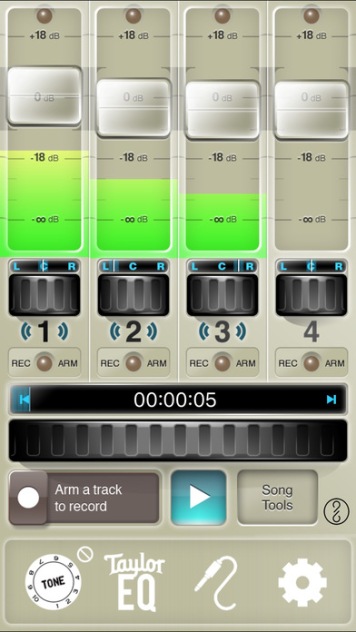 FourTracks is one of the first multi-track apps to have hit iOS (before it was called iOS too) and is still a personal favourite of mine. It’s great to see it still get updated. Here’s everything new in 7.2: 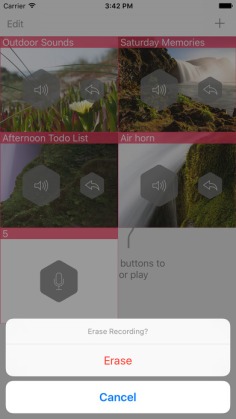 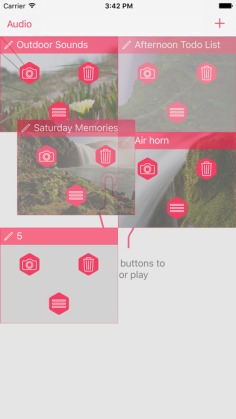 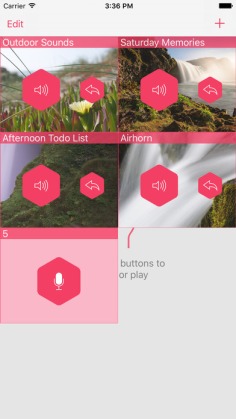 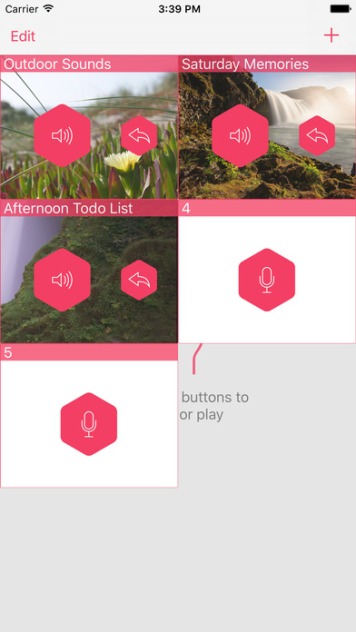 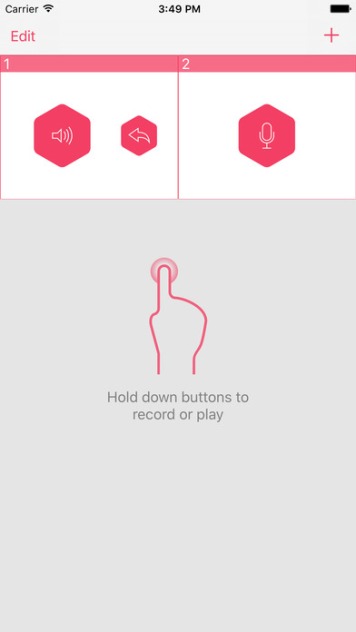 With so many apps focussed on generating sound in a huge variety of manners it’s nice to see an app arrive which is solely focussed on recording sound, and very nicely done too.

SoundOff allows you to quickly make and organize recordings. You can add custom titles and photos, and reorder the board however you like.

Tap and hold the record button to start recording. Then hold the speaker button to play back. As simple as it gets!

SoundOff is free on the app store: