Skip to content
0 comments on “On Kickstarter: Audio Injector Zero sound card for the Raspberry Pi”

More good Raspberry Pi news today. Audio Injector Zero sound card for the Raspberry Pi launched on Kickstarter and it’s very reasonably priced too. This one works with the Pi Zero as well, so it’s tiny! You can find out more on their campaign page.

So you may remember me posting about this not so long ago. Well finally it’s here. Tracktion runs on most regular desktops, but why I’m really interested in it is because it’ll run on the Raspberry Pi 3, and that’s where I’m going to be using it. That is, as soon as I’ve got a copy of course.

Why I’m interested in Tracktion’s Waveform is because I think it could start to turn the Raspberry Pi into an interesting competing mobile platform, and that would be very cool. Now you may be wondering just how the Pi is a mobile platform. That’s a good question, and one for another day. For now let’s say a little about Waveform. Here’s Tracktion’s press release:

“SEATTLE, WA (April 03, 2017) – Tracktion Corporation is proud to announce the release of Waveform, the latest in their long line of innovative DAWs. Transcending the award-winning T7 in look, feel and feature set, Waveform maintains the open, intuitive characteristics of its predecessor. In addition to providing a solid recording platform, the Tracktion team has developed an array of new tools designed to speed up and expand creative composition.

All good DAW’s have the ability to record, edit, mix and share music however, Waveform may be the only application evolving at the same pace as modern music production. Since acquiring ownership of the platform in 2012, Tracktion has completely re-factored the application, adapting it to the latest production trends, on a yearly basis. No other DAW can make this claim. In addition, Waveform is laser focused on music production so it avoids the complexities inherent in most of today’s DAWs as they struggle to support everything from film mixing to enterprise operations or live music performance.

Beyond sheer efficiency, Waveform inspires creativity with an unprecedented suite of composition tools. Intuitive MIDI pattern generators allow even untrained musicians to quickly assemble entire musical arrangements while built-in virtual instruments such as the FM Synth and new Collective™ sampler/synthesizer provide a wealth of new sounds and blending options for a truly sophisticated sonic palette. Of course, Waveform is also compatible with all VST and AU plugins such as Tracktion’s popular BioTek™ Organic Synthesizer.

“Our goal is to continually gain market share by remaining more current and flexible than our competitors,” explained Tracktion Corp CEO, James Woodburn. “Our constant re-factoring process means that we can track emerging production trends and incorporate the best ideas into our codebase. Watch on-line tutorials detailing how today’s top producers like to work and you’ll find that Tracktion seamlessly fits into those workflows.”

Despite the remarkable power of this application, Waveform’s highly refined code remains efficient enough to support even the relatively tiny Raspberry Pi platform. This allows the app to run smoothly on almost any modern Windows, Mac or Linux computer but also opens it for use as an embedded solution in the growing DIY maker community.”

Check out the Waveform page at Tracktion’s site. It’s worth taking a look. 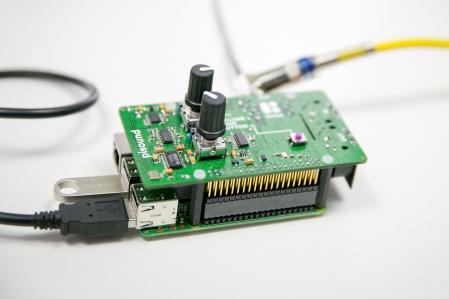 I mentioned pi sound when they launched their audio and MIDI hardware for Raspberry Pi on Pi day itself. Now they’ve made an announcement about new stretch goals for the pi sound, and these are seriously worth checking out, especially as they’re already well on their way to hitting the second of these. Here are what they’re promising …

25,000.00 – Mobile App (well on the way)
Android & iOS Apps for selecting & launching Pure Data patches.
App will display the output of Pure Data console too, so you will be able to have a real time feedback on what’s happening under the hood. Also we will add some patches to get you going!

30,000.00 – LV2 Plugin Host & Mobile App Support (I think they’ll get there)
For those who haven’t already explored LV2 world, LV2 plugin format is the Linux equivalent to VST on Windows/macOS. There are already hundreds of LV2 plugins out there that you can run on your Raspberry Pi. Currently there is no convenient way to play around with LV2 plugins especially without using an external monitor or mouse. We will fix that! You will be able to launch a LV2 plugin using your smartphone or tablet and even MIDI-map plugin parameters to your MIDI controller. Boooom!

On the ‘Voices of the Sun‘ blog there’s news of a new version of PixiTracker. Version 1.5 arrives for Raspberry Pi, PocketCHIP and many more operating systems. iOS will come soon.

Here’s what’s new and what platforms are covered:

More information can be found here and you can check out the Voices of the Sun blog here.

That didn’t take long at all. pisound has reached 81% of its target funding on its first day. If you haven’t already checked it out on Indiegogo then here’s the link. I think it’s a very fitting end to Pi day. 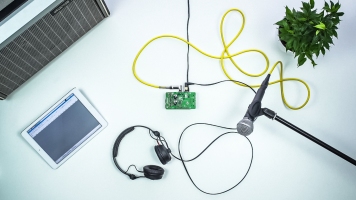 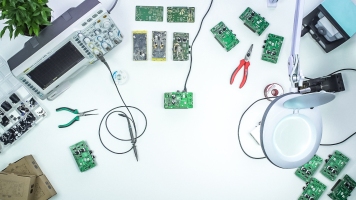 As you probably already know I’m a big fan of the Raspberry Pi, or, to be more accurate, I’m increasingly a big fan of the Pi and I continue to find more uses for it, and reasons to make use of it.

Today we see another useful addition to the Pi sound and music world. PiSound is crowdfunding as of this morning, which is appropriate as today is the 14th of March and it is exactly 10am (GMT), at the time of writing (3.1410 if you hadn’t already got it).

It’s impressive, that’s for sure, and, if you check out the product site you’ll see that this is a very capable product.

Stay tuned for more on this and other Pi based products today, as it is Pi day today!

Today is international Pi day. It’s 3.14 (the 14th of March). Today I plan to have a bunch of news and general stuff around the Raspberry Pi as a platform for sound and music, as I think it’s got a lot of potential, and I don’t think that I’m at all alone in that.

There are loads of really cool things going on in Pi world with sound and recording, and I think it has enormous potential as a new, and very open platform for making music.

I’ve mentioned the possibilities of the Raspberry Pi a few times now, and this confirms that as a platform it is very capable. Sadly, according to this page “Currently, there are no plans to release as products and to publish the source codes“. Which is really sad.

High-Resolution (24bit/96kHz) 6-Polyphonic Innovative Raspberry Pi Synthesizer made by The Synth-Sennin (The Hermit Wizard of Synthesizer).

The S³-6R is originally developed by The Synth-Sennin (The Hermit Wizard of Synthesizer) who was once a sound engineer of the Company “R”. It is innovative digital synthesizer which is clearly different from general analog modeling synthesizer.

Individual synthesis based on original phase control and modulation thinking (αα-Phase Modulation). Driving in High-Resolution (24bit/96kHz) and 6-Polyphonic. Also it is a feature that very low alias noise even if extreme modulation. It adopts a Raspberry Pi as a platform.

Currently, there are no plans to release as products and to publish the source codes.

Tracktion releases Waveform, and it’ll run on the Pi!

So you may remember me posting about this not so long ago. Well finally it’s here. Tracktion runs on most regular desktops, but why I’m really interested in it is because it’ll run on the Raspberry Pi 3, and that’s…

END_OF_DOCUMENT_TOKEN_TO_BE_REPLACED

I mentioned pi sound when they launched their audio and MIDI hardware for Raspberry Pi on Pi day itself. Now they’ve made an announcement about new stretch goals for the pi sound, and these are seriously worth checking out, especially…

END_OF_DOCUMENT_TOKEN_TO_BE_REPLACED

Something went wrong. Please refresh the page and/or try again.

Like Loading...
0 comments on “Remember what I was saying about the Raspberry Pi, well now there’s this …”

I posted just the other day about the musical possibilities of the Raspberry Pi. Now there’s this, a 6 in and 8 out sound card for the Pi. This is pretty big stuff. Pretty amazing actually. Here’s the detail:

“We bring to you the audio card (for the Raspberry Pi) which seemed impossible, but now it is done! Push your projects further into un-trodden territory – further then others have gone before.

Whilst this gadget works with the Raspberry Pi, it represents an innovation in the realm of embedded systems. The innovation is at a hardware level, in audio signalling, giving us the ability to retrofit these systems with more then their typically quoted two channels of audio in and out.

This sound card features crystal clear 8 channel output audio, with 6 channels of input audio. Unlike other multichannel solutions, this surround hat only uses the GPIO I2S bus for audio. It doesn’t use USB nor does it use HDMI.

The sound card is designed to be customisable. You can design your own break out to suit your needs. The break out headers will have a KiCad project available to aid your designs.

Our previous kickstarter success was delivered on time, working and with support. Support this campaign which builds on the same foundation.”

So it’s really worth taking a look at the Kickstarter page to see what’s what. I’m fairly sure I’m going to be a backer on this one.

One thing I’m not clear on is how this works with Tracktion’s new WaveForm multitrack software for Raspberry Pi. I’d be interested to understand how that works.

In case you hadn’t seen this it comes from NAMM where Tracktion Corporation announced the rename of the DAW to Waveform, and that it would run on the Raspberry Pi computer. Now that’s impressive I think. Considering what a Pi costs ($35) it’s a pretty amazing deal. There’s no pricing set for Waveform as yet, but currently Tracktion’s T5 DAW is free.

What’s more, if you watch the whole of the video you’ll hear that they’re also planning bespoke Pi audio hardware too. I’ll be keeping an eye on this as I think that the Pi has the ability to become a much more interesting platform in the not too distant future.