Skip to content
0 comments on “Musique non talent: Thoughts on the iPad”

There must be thousands of posts on blogs about the iPad, but I thought I’d post a link to Rob’s.

Bleep!Box wants to know what you want from Bleep!Box on the iPad or indeed from a new app.

BleepBox at the app store:

I thought it might be interesting to see what users and developers think of the iPad and what you’re intentions might be in terms of developing new apps and extending existing ones. 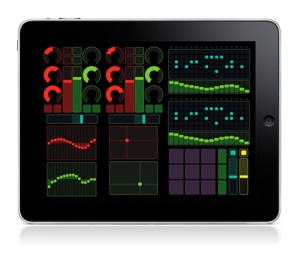 Found over at ISO50, and yes it is a mock up and not real. Interesting to think of what we might see in a few months 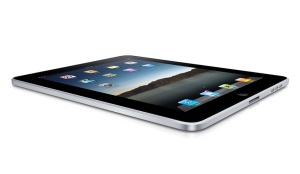 Now that is has been announced I expect we will see a continuation of opinion and views polarizing into ‘for’ and ‘against’ camps, and I can see both camps.

Until it is released we won’t know what it is really capable of, but until then I have questions for users and developers alike.

It is obvious to me that the iPad isn’t going to attract as many buyers as the iPhone or the iPod Touch, at least not initially. I’ve only seen one prediction on sales volumes and that is 4 million units this year. Given that, my guess would be that it won’t be as popular with developers as the iPhone and Touch, again, at least to start with.

iPad is going to appeal to a different user base with different needs. I think that musicians will find it an attractive option if it gets support from developers, and there’s no doubt that the device does offer developers some new opportunities not only for their existing apps, but for new ones too.

Given that the iPad will run existing iPhone apps it will have the immediate disadvantage of the current app store in that the music category will be crowded out with ‘official’ apps and all the other junk that currently annoys us. But will Apple make a shrewd move and introduce an iPad only facility in the app store to cut through this? It would be useful if they did.

What really interests me though is how developers will react. I’ve already heard some developers talk about making their apps device aware so that they can offer iPad only features into their existing apps, but in doing so will they miss an opportunity?
Apple has already defined the device as a middle ground between the iPhone/Touch and the laptop. If you extend this model to pricing of software then we could see a middle ground in pricing terms too with iPhone/Touch apps at the lower end (and there’s already been much coverage of the ‘race to $0.99’), with desktop/laptop software at the higher end, and with iPad software occupying a new middle ground.

Let’s face it, if you could have an enhanced version of Jasuto, or BeatMaker, or NLog (or any other number of apps), which boasted extra facilities and capabilities and made real use of the expanded screen real estate, then why not market two separate apps, one for the iPhone and one for the iPad?

My next question is what will Apple produce in software terms for their new device? They’ve not made a lot for the iPhone, but already they’ve announced their book app iBooks, and their new versions of iWorks just for the iPad, and set the price point for these comparatively low, and more interestingly at a mid point between the software they offer on the iPhone and desktop.

I knew that 2010 was going to be an interesting year for mobile music, and yesterday saw that prediction come true, at least the possibility of it coming true anyway.

In the days and weeks running up to the release of iPad I hope we’ll see some announcements on what developers have started to dream up.

If you have plans for new apps for the iPad or extending your existing software I’d love to hear from you (confidentially or not), and as always I’m keen to hear what you think of my thoughts on the iPad.

Thanks to everyone who’s pointed out that the 3.2 SDK has file sharing capability, at least at this point for the iPad. I hope it’ll come to the iPhone too, but I guess there’s no guarantee at the moment.

I found another PocketPC Drum Machine. This one has a bit of a twist. Here’s the product’s details:

In the two game modes Memory Master and Rhythm Master use your touch screen stylus to hit the drums and follow the computers lead. Practice drumming in Freestyle mode, complete with metronome to help improve your timing.

The Drum Machine enables you to create up to 99 drum tracks. The interface is simple and intuitive. If you play an instrument (e.g. guitar, bass, keyboard) then why not create a drum track to play along to…for fun, for practice, for real.