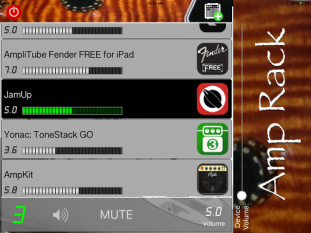 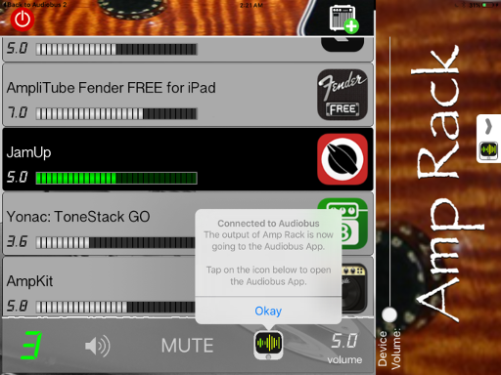 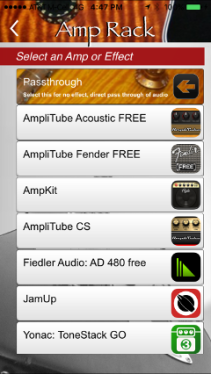 I sort of wanted to title this post “These are not the FX apps you’re looking for”, but that probably isn’t very fair. However, I have to say that this isn’t something that I can see myself using as I’m quite happy with AUM or Audiobus. Having said that I can imagine that there would be other users out there who could find this helpful and integrate it into their own workflows. So I’ll leave it up to you to decide if it’s of use to you or not. Here’s the app’s description:

Like everyone, you have a number of amp and effect Apps. Amp Rack lets you line them up in one large display and switch between them with a single tap! Large buttons make it fast and easy! Spend less time tapping and more time playing!

WATCH THE VIDEO to see it in action with popular amp and effect apps!

In Amp Rack, you can:

The display also shows your audio waveform live as you play so you can always see that audio is flowing!

Amp Rack works will all effect apps the support the Apple inter-app audio, including the Amplitude family, JamUp, AmpKit, and many many others!

NOTE: adding many apps can be very resource intensive and performance can suffer on older devices. Amp Rack includes an optional mode that limits resources, though with longer switching between amps – still a single tap though!