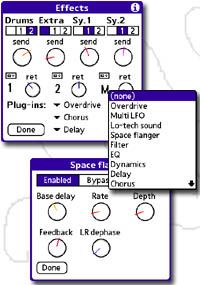 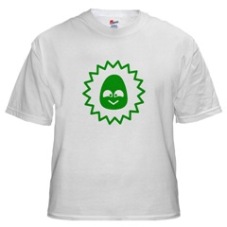 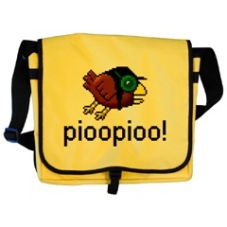 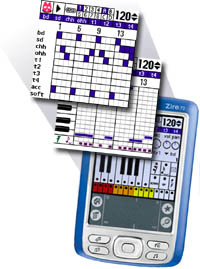 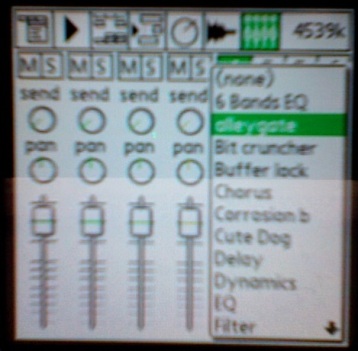 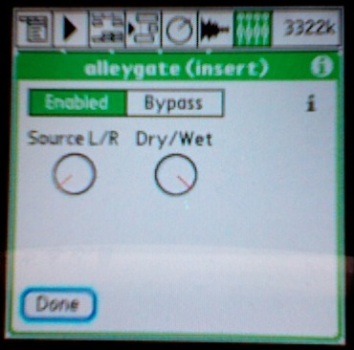 Number 3 in this series of ‘moments’ in mobile music is of course Bhajis Loops. It was a natural follow on from miniMuisc and then Griff and Windows Mobile. Bhajis was the start of something really big for me and for lots of people too.

Of course Bhajis wasn’t first, Microbe was first and was something of a revelation. It was more akin to Griff than anything that had come before on the Palm OS. It was about as different as you could get from what had gone before, but it only ran on series 5 devices, that is Palm OS models that ran OS5, and it was what made me get a new Tungsten, just so I could try it out.

It was well worth it. Microbe was great, amazing, but, as many of you will remember, that was just the beginning. What came next was even better. Bhajis Loops arrived and changed mobile music for ever.

I’ve mentioned both Bhajis Loops on many occasions, so forgive me if you’ve heard all of this before. Bhajis gathered a community behind it very quickly as people found it was a very interesting way to cheaply make music wherever you were. The app went from strength to strength and Olivier the developer listened to the community and implemented a lot of what we asked for. The app got better and better and ended up being one of the best things to happen in mobile music in my opinion.

But it was a bit of a niche. Palm was coming to the end of its lifecycle and then of course the iPhone happened and the rest, as they say, is history. Even so, Bhajis was a massive step in the world of mobile music and paved the way for a lot of what came after and inspired a lot of people to think differently about how and where you can make music.

Now both of these are completely free to use should you have, or decide to acquire a Palm OS device running Palm OS 5, ideally an old Pam Tungsten T3

or a Palm Tungsten TX

. You can’t use either of these on iOS, although there is an emulator for jailbroken devices if you’ve gone down that route, but it isn’t brilliant (and I’m not sure if it is still available or still works with iOS9), and to be fair you really need the native hardware to get a view on what Bhajis can do.

Finally, if you’re interested, I’ve put out a couple of unfinished collections of pieces which were both made using Bhajis which you can find on Bandcamp if you’re interested.  Also you might want to check out this old post about constructing a £50 mobile music studio, it’ll tell you a lot more about Bhajis and what it does.

So this is moment 3 in mobile music. Moment 4 will be with you soon!