We used Gestrument in the SoundLab Play Space App Zone last month and it got a really good reception there. 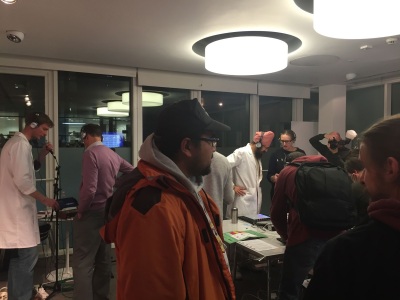 We had both the full and the LE versions of Gestrument in the App Zone and we were able to show it to a wide variety of people who were interested in using iOS apps for helping people to make music.

It was good to get the word out about apps like Gestrument and others. It’s important that apps that are as accessible and as immediate as Gestrument are available to people to show them how to create music for themselves.

It was great to be able to give away a lot of promo codes for both apps and we at SoundLab are really grateful to Gestrument for being so kind in giving us codes for both versions.

If you don’t know Gestrument then you should really take a look.