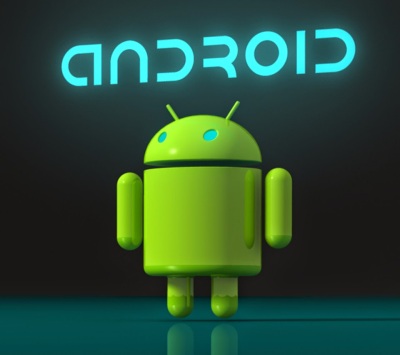 This has been a long time in the promising so first off an apology for it taking quite so long. Secondly a little bit about what to expect in this piece. What I started off thinking about was a straight comparison between android and iOS. There’s some of that here but maybe not as much as you might expect. In thinking about where we are with android I started to wonder about what the best way was to approach the topic. Obviously a straight comparison is easy. iOS has loads more apps and is better developed and supported. We could delve into that in more detail but the outcome is roughly the same. Where I ended up was thinking about what I would think of Android if it almost existed in a vacuum. If I think about what mobile music making would have been like without iOS it’s pretty stark but if the only new mobile platform that emerged had been Android then it would still have been a step in the right direction and I think that Android would have been quite different without the competition of iOS. But that’s probably a set of speculations that could just run and run so I won’t go there.

When I started Palm Sounds most of what I talked about was Palm OS based. Of course Palm OS didn’t last, which was a shame but then that’s history.

Now we have a range of mobile platforms for music making and what can be described as a revolution in music making. Android is a part of that whether you like it or not. So let’s start by looking at what’s good in Android.

Android is open or at least to a degree it’s open. Depending on who you talk to this is either a good thing or a bad thing or of course somewhere in the middle. But one of the major things that makes Android in some ways superior to iOS is that it has access to the file system. That’s a big plus over iOS and its sandbox approach to apps. Having said that the situation may be improved when OS extensions come to iOS in iOS 8.

Anyway, that’s the background, now on to what’s good about Android.

What Android has going for it:

There are apps that are really good for making music on Android, just not as many as on iOS. Here’s a brief list:

These are probably some the best music making apps for Android available on the play store, but it isn’t an exhaustive list by any means, and I’ve almost certainly forgotten at least one significant app.

There are also quite a number of synth apps, drum machines, recorders and even some quite experimental apps on the play store. But, even so, Android hasn’t achieved the same degree of acceptance as iOS in terms of music creation. It’s interesting to point out that a large number of the apps in the list about are actually cross platform apps and exist on iOS as well. That says a lot about what works and what doesn’t.

But it isn’t all about apps. Android also has some interesting developments going on for it. Such as patchfield. When I first heard about this development I thought it could be something really amazing to take Android into a whole new direction. However, to date nothing like that has happened as far as I’m aware. At least I haven’t heard about anyone integrating it into an app anyway. Patchfield has potential, but it hasn’t been realised so far, which is a shame. 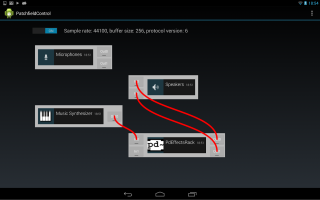 So, why isn’t Android so popular for making music?

The first thing? Latency. We all know about it, it’s a big problem and as far as I’m aware it’s never been really sorted out. I remember that at Google IO 2013 they talked at length about low latency audio. What happened about that? Nothing as far as I’m aware. At this year’s Google IO there’s been a lot of talk about web audio, but I’m not going to hold my breath this time. I haven’t been able to get any developer views on whether this is a game changer or not, but at a fundamental level I’m not sure that Google will want to make Android a music creation platform at any point.

Aside from Patchfield there isn’t a way to connect apps, and as Patchfield hasn’t had an implementation (let me know if someone has, I’d love to hear about it) this remains a rather isolated platform.

I still hold out hope for Android to become a more viable music platform at some point. With each new initiative my hopes are raised and and then little or nothing comes of it. It’s a huge shame and a missed opportunity too as I think some real competition in this area would benefit both operating systems.

The apps that are around can be very good, so if you’re an Android user don’t think that you music making needs won’t be catered for, there’s a reasonable number of apps although it’s small when compared to iOS.

If you’re looking for a good resource for Android apps then I’d recommend Musical Android, which is constantly updated with news on new apps and updates. You’ll hear any major news here, but Musical Android is great if you’re more focussed around Android than iOS and other stuff.

I hope that one day Android will be as useful for music making as iOS. I think competition would be a positive thing for both. I think that different OS’s can make for alternative experiences and interfaces. One day, maybe.