Skip to content
2 comments on “iGOG Massive Drums on sale” 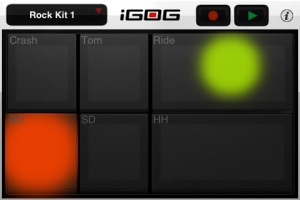 iGog is on sale and is only $2.99 for a limited time as part of a holiday sale.

News of an event early next year:

Tickets: £6 available on the door or from http://www.wegottickets.com/event/65050

Nicolas Collins makes his first UK concert appearance since 2004’s epic Feedback: Order from Noise tour. He performs three typically extraordinary works which explore draw on a lifetime of building radical new electronic instruments. Since 1997 Collins has been editor-in-chief of the Leonardo Music Journal, and since 1999 a Professor in the Department of Sound at the School of the Art Institute of Chicago. The second edition of his acclaimed book, Handmade Electronic Music – The Art of Hardware Hacking, was published by Routledge in 2009. http://www.nicolascollins.com

Working with experimental interfaces, video projection, acoustic devices, biofeedback and destabilised equipment responsive to touch, Oscillatorial Binnage create raucous and compelling compositions based on an exploration of the resonant frequencies of found objects.

The Resonance Radio Orchestra is a floating pool of musicians, actors and technicians based around the award-winning radio station Resonance104.4fm. With an ever-changing, fluid line-up and an aesthetic informed by the imp of the perverse, the ensemble is concerned above all with the development of radio art. Tonight the Orchestra presents a new radiophonic sketch based on surreptitious recordings.

Paul B. Davis works in the duo The Potions with DJ LeDeuce (Thrill Jockey), lectures in Fine Art at Goldsmiths and produces beats for St. Louis rapper Wonton. He is the only DJ to ever get thrown off stage at the Technics/DMC World DJ Championships.

As a reminder Nic wrote the excellent ‘Handmade Electronic Music’ book below.

Another remix type app, but with an interesting interface. I’m not sure if I’m just taken with the interface and have overlooked the amount of actual functionality in the app. If you’ve tried this app please let me know what you think.

Audio Palette at the app store:

Nice video with music made just with FourTrack / DopplerPad and Vox 3000. 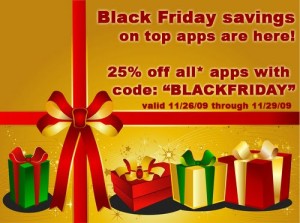 PalmGear has a sale although there’s probably not too much there you might want to buy, but I thought I’d mention it anyway.

I was playing with Aurora last night after my ‘re-load’ of my Axim so I thought I’d write a bit about it especially as there’s always so much iPhone news.

I’m really starting to get into Aurora. The sound quality is very good and as a mobile music app it has many of the qualities that I think are at the top of the list for any software.

Aurora let’s you get on with things straight away. There’s a bit of hand holding, which is probably very useful for those not so used to mobile music apps, but after that you can get straight on with making some sounds.

I finally got to start re-loading my Axim with software. It really needed to be reset. Here’s the list of what I’ve got on it so far:

On the one hand it is great to get this device up and running again, on the other hand it amazes me to think that there are so few music applications compared to the iPhone.

So, what have I missed? What else should I put on my Axim?