If you’ve been putting off voting on this then the time to act is now. You haven’t got long left to vote.

It was ages ago that the Strange Agency announced a competition for Slice, their new sampling app. So, where is it then? I haven’t seen anything. I hope it isn’t another casualty of the app store review process.

Seno DS on how the ADSR works. Interesting. 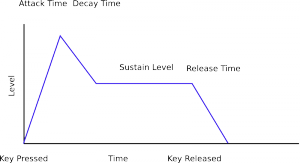 Well, now we have it from Olivier himself, his new project isn’t an app.

So, what is it then, hardware, online?

I spent some time with the latest version of ZoozBeat last night just to see what it was like compared to the previous versions. ZoozBeat has given itself the subtitle of “Music reCreation Studio“, which is an interesting idea.

The interface and general design of the app is much nicer than previous iterations, and the actual music (re)creation interface is much better and easier to use whilst the underlying concept behind Zoozbeat remains intact.

Although the interface changes are subtle I did find it easier to use and to start making some music with it. The latest version has an in app store inside it. I only gave this a very quick look, but it seems to have a lot of stuff in it.

One thing I wasn’t sure about was that when you save you have to have a ZoozBeat account. You can save your work as private or public, but if you don’t have an account you can’t save, or if you can I couldn’t work out how.

Given a quick try out I think I will give it some more time and see if I can make something of use with this app.

ZoozBeat at the app store.

A nice freebie for an Autumn Sunday. A Speak and Spell pack from Hollow Sun.

Played with Mujik 1.1 last night and spent far more time using it than I’d planned. The interface is still great and I love the jars. This really is a great app with a unique approach to making music.

The new features mean that you can save your work, and AutoMujik generates random patterns for you which can create some interesting music.

Mujik at the app store:

Sounds like a good time was had by all at yesterday’s chiptune workshop according to Pixelh8’s post.