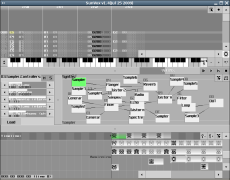 The always excellent Sunvox has been updated to version 1.4. Here’s what’s new:

Of course, we still have to wait for the iPhone version. Let’s hope it doesn’t take too long.