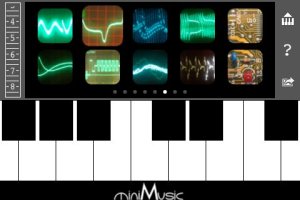 The long awaited Pianofly from miniMusic has arrived. There’s loads of info available on the miniMusic site and more videos to come.

The press release for the Pianofly ends with this statement:

Pianofly is the first iPhone product from miniMusic, which has been developing award winning, mobile music software for the Palm OS since 1999. Over the years miniMusic built an entire suite of music tools for the Palm platform including: notation and pattern sequencing, MIDI playback and mixing, sound design, MIDI control surfaces, wave sampling and editing, and educational titles for sight reading and ear training.

miniMusic is already working on several new titles building on the Pianofly foundation; their second product for iPhone will be available this summer, with several more titles by the end of the year.

So I’m hoping for even more iPhone miniMusic goodness before too long. 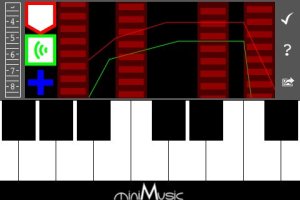 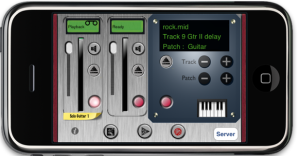 4 Tracks DX Pocket studio has been updated I think. In the latest version, we have:

This app is shaping up to be really functional now.

4 Tracks DX at the app store:

Sound like the Ellatron team had a good a good time at Mellofest 2009. Read more at their blog, and videos to come.

Pete Cole post’s to his blog with his irritation with the implementation of Cocoa. I just hope he keeps at it to bring us an iPhone version of Mixtikl.

I was playing with Looptastic on Saturday, and using the record function. It is an amazing piece of software. I then let a friend of mine play with it too, and he was amazed. He’s not an iPhone user but is now well on the way.

Musique Non Talent has a post on some new UMPCs.I have to agree that these look great. I know there was something on CDM about making music with UMPCs a while back.

Some time ago I thought this category would really take off, but it didn’t. I’d like to think that UMPC mobile music will take off, but as a platform it seems almost caught between the truly mobile and the desktop, so I don’t think what kind of software you end up using on one of these.

Anyway, I think I’ll need a fund too if I’m to go for one of these.

Amidio have added Star Guitar and Star Piano free versions to the app store. They describe the free versions as having about 10% of the full versions, so you know what you’re getting.

All Amidio apps at the app store: