Skip to content
0 comments on “Synth in a tin”

Cool synth in a tin from this set in flickr. I found this originally on Matrixsynth. 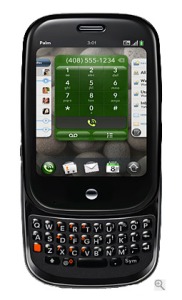 This post on Brighthand could point the way to at least some hope for those of us looking to run old style Palm OS apps on the Pre or webOS.

Palm says it expects there to be a third-party Palm OS emulator released for webOS, and I wouldn’t be surprised if the people from StyleTap aren’t already looking into it. But Palm itself isn’t going to write one. Instead, it’s going to encourage developers to port their Palm OS applications to webOS, and says the process should be relatively simple if the software was written in C++.

It would not surprise me at all if Styletap made a version available for webOS, in fact it would make a lot of sense. I just hope that Apple would go the same way.

from iTouch MIDI has been updated with some bug fixes.

from the Little Code Shop has been updated to version 1.5. This version allows you to import audio .WAV files.

Also, the developer says to watch the site for “some news” soon. I wonder what it can be?

After all the applause I was pleased to read this review of the Pre and the webOS from PalmInfocenter.

Difficult to see how these two can actually get compared, but PalmInfoCenter has this comparison.

To be honest, I don’t see it myself, but then perhaps I am just biased against the Palm Pre because of webOS.